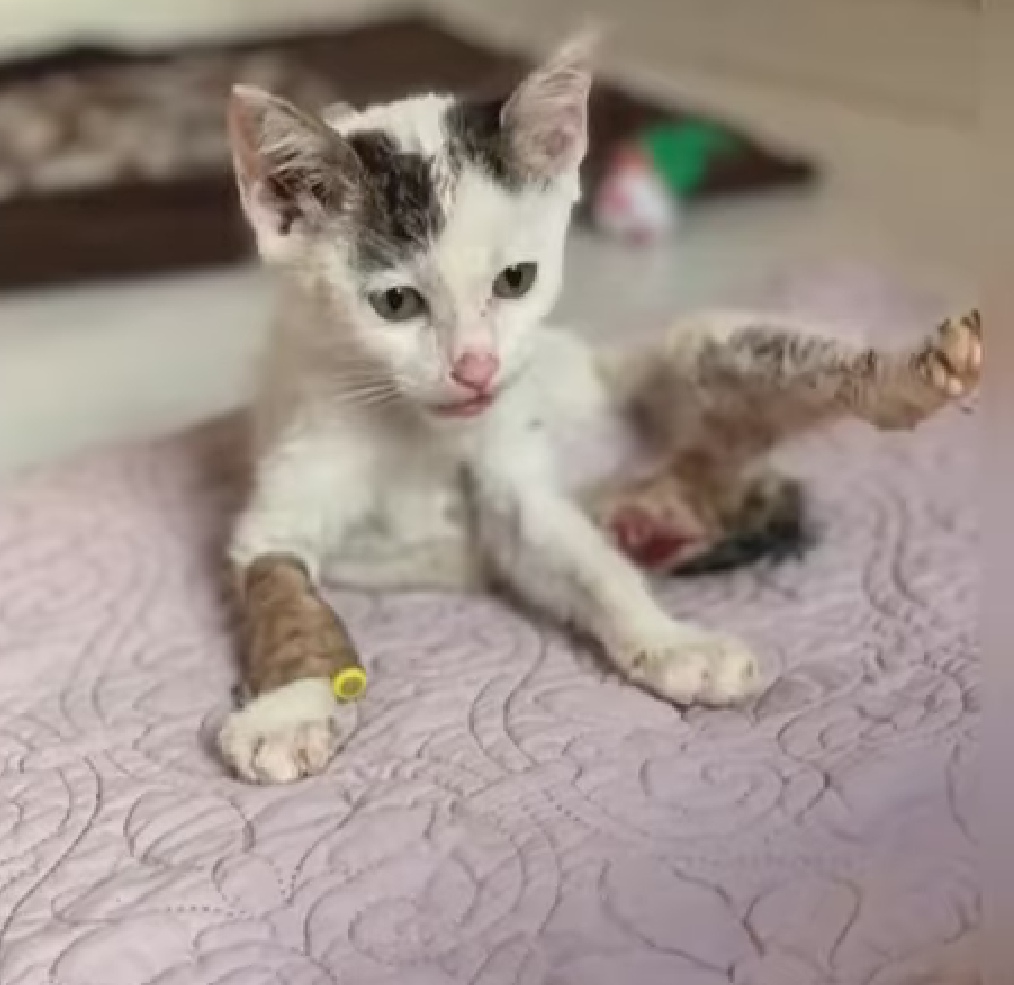 Have you ever been hurt so badly that it hurts every time you blink?

Each time you breathe, pain pierces every part of your body?

Your feeble cries are just desperate attempts to beg someone to notice your pain?

You are in shock but keep moving a little to remind yourself that you are still alive?

These are the last moments of an injured and tortured cat who was taken to the animal shelter by a kind soul but the damage done was too much and help was too late. At the very least, she deserves a peaceful death …

She is the story of an average street animal in Pakistan. In that haze of faces that we see every day but don’t ever notice.

It is ironic how selective we are in our sympathies. “Insaan bhookay marr rahay hain aur tumahay janwaron ki paree hai” is the most lame excuse that can be heard every now and then by the “educated” segment of society. It is as if kindness is a cheap bucket deal which runs out if used too much or too carelessly. It is as if we think that if we are kind to animals, we would be devoid of sympathy and would have nothing to give to our fellow humans! Have we really deluded ourselves into believing that someone who runs over an animal on the road and doesn’t stop and pause to take responsibility for a living breathing life would be sensitive towards other humans?

The dilemma of our society and even that of the religious sector is that we somehow think that the sentiment of humanity is for humans only and thus issues regarding animal rights and our responsibility towards them are hardly discussed and certainly never emphasized upon. “Nafsee, nafsee” (myself myself) is the mantra of this consumer mentality that we proudly own and endorse when in fact, our Holy Prophet (pbuh) and all of our predecessors projected a holistic and empathetic view of deen e Isalm where humans do occupy a central position but not an oppressively arrogant  one.

“If a lost sheep under my care were to die on the banks of the Euphrates, I would expect Allah the Exalted to question me about it on the Day of Resurrection.”

Such was the level of accountability of the rightly guided caliphs. Whose legacy are we following?

On one occasion, the Holy Prophet (صلى الله عليه وسلم (narrated a story that a man felt very thirsty while he was travelling. He came across a well, went down and quenched his thirst. When he came out, he saw a dog panting and licking mud because of excessive thirst. He said to himself that this dog is suffering from the same thirst as I did. So, he went down the well again and filled his shoe with water and watered the dog. Allah  (swt)rewarded him for that deed and forgave his sins. The people asked, “O Allah’s Messenger (صلى الله عليه وسلم !(Is there a reward for us in serving the animals?” He (صلى الله عليه وسلم (replied: “Yes, there is a reward for serving any animate (living being)”. It is reported that the Messenger of Allah (صلى الله عليه وسلم (said that a woman punished her cat by imprisoning it until it died of hunger. Because of this, she entered the Fire (was sent to hell).

No effort is too little and no act of kindness is mundane.  From a bowl of milk for the stray cats in your house to  leftovers bones from your meals , from  stale bread for birds to a small contribution to an animal shelter or taking an injured animal to a nearby vet, no act of sincerity goes unnoticed by Allah Almighty, the All Seeing and the Utterly Just. Kindness is not a curse, it’s a gift . It’s the least costly and the most powerful though under rated agent of change. Use it, don’t abuse it!